2PM HANDS UP ASIA TOUR LIVE IN MALAYSIA 2011 on 25th November 2011, 8.30 PM at Stadium Negara is presented by TM Everyone Connects, jointly organized by Star Planet and Hwa Yea Multimedia!

All TM customers will enjoy 20% discount if present the latest TM bill upon ticket purchase at the launch venue. Internet booking will be made available starting from ‘2PM’ as well. For more information, please log on to Star Planet or call Star Planet at 03-92233667 / TicketCharge at 03-92228811.

* Prices are quoted in Ringgit Malaysia and exclude RM3 processing fee.
* TM Customers must purchase tickets at KL Viva Home (between 2PM - 8PM) on October 8th. Must present the latest TM bill to be eligible for discount and each TM Bill entitles to 2 discounted tickets only (applicable for all ticket types). Offer is valid while stocks last.
* Star Planet Privilege Card - must purchase tickets via Star Planet's office. Offer starts from October 8th & limits to the first 100 tickets only.

For any updates or if you have any inquiries, drop your question at our Hands Up Asia Tour thread!

I want to spend The Rest Of﻿ My Life with my beloved future husband. .. InsyaALLAH

Maher Zain - For The Rest Of My Life | Official Music Video 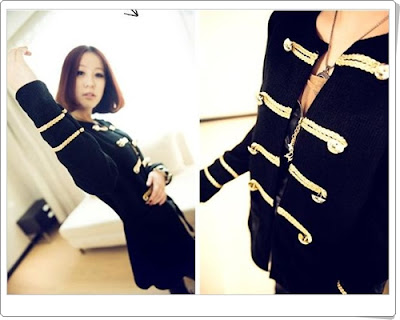 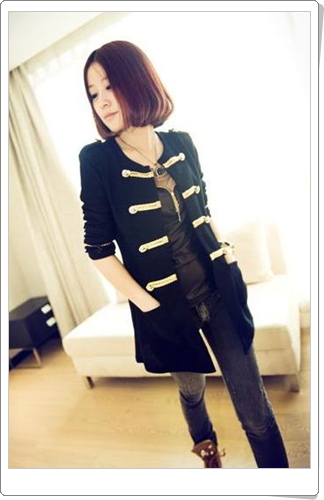 Q1) What kind of training are you doing, now?
A) Well, now, we’re doing guerilla tactics training. When we’re moving from one place to another or when we have to overcome ground obstacles, guerilla tactics is necessary in a way that we need to be safe and quick. We cross over a log, or we jump from a high place, and these are all about guerilla tactics.
Q2) You have only one week of training left. How do you feel?

A) Honestly, when I walked into Korea Army Training Center (aka. KATC), I said “I will complete 4 weeks of training, and I will work as a public service worker.” However, I was a bit worried about the whole training.
KATC was a definitely strange place for me, and my leg was injured. So, I thought, ‘well, can I complete all trainings safely?’ and ‘can I get along well with other recruits in my platoon?’
And, I was little worried that whether I will be able to communicate well with squad and platoon leaders or not. Everything was so awkward. It was even awkward to see myself on mirror, and it was hard to finish my sentences with ‘Da,’ ‘Na,’ Gga.’ Fortunately, I was quickly used to the strange rule. Well, this is just one of characteristics of army we can easily expect.
Before everyone actually had to say ‘good-bye’ to his parents and friends, squad and platoon leaders seemed pretty nice and kind to us. They even talked to us with a nice manner.
I expected squad and platoon leaders to be aggressive and tough as soon as we become recruits. However, they aren’t too bad after all. I want to tell everyone, who is planning to join the army, that “don’t worry too much, days in this camp aren’t too bad, and I get along with other recruits really well.”
Our squad and platoon leaders are frequently asking us, “are you sick?” or “do you have any issues that limit you from training?” They are caring us a lot, so I didn’t have much troubles from training.
Q3) What were you mostly worried about, before you joined the training camp?

A) Yes, well, in fact, I had a surgery nailing seven iron cores on my knee, so I was worried a lot about having tough trainings.
Honestly, I, as a singer (or public figure), felt that I don’t want to be looked at a type of person who makes a fuss about military service. That’s why I ran more, and I excessively forced myself to train harder. Even though I was told to walk on crutches, I questioned myself whether I should use them or not.
People around me told me that ‘you’re the same recruit as others, so if you have physical issues, you can walk on crutches.’ It was just me that I felt little guilt to be sick as a public figure. But, whoever will join the army shouldn’t be worry about being sick or having an issue. You just need to say, “I have a trouble.”
There is nothing to worry about. Join the army without worries.
Q4) Why did you put photos of So-Hee from Wonder Girls on your cabinet?

A) Oh! Since I joined the army, many fans sent out many photos of girl groups. I received so many photos of them. In fact, girl groups are the best celebrities in the training camp.
Girl groups give all recruits psychological energies, for sure. I remember, before I became one of training recruits, I think I said I am one of So-Hee’s fans. So, many Super Junior fans sent me a lot of photos of So-Hee from Wonder Girls. I have this much photos of her. Squad and platoon leaders and I talked about this, so I was allowed to put her photos on my cabinet. Isn’t she cute? Also, So-Hee’s photos are special because my fans sent them to me, not that I have crush on her.
Q5) What was the most impressive training you remember?

A) This is also special because I have an opportunity to do this, only in this training camp.
I hope that I only have to use a firearm in the training camp. It is good for all of us if we don’t have to use firearms at all in the future. Of course, soldiers in active service have to use them though. While I have used M16 rifle at shooting training, I felt that shooting scenes in the movies are little fabricated. Bang! M16 kicks a lot.
I had a quite interesting story from pre-shooting training. In order to count my scores on a target, a score paper is fixed with rubber bands. I should have hit the target, but I accidently cut off the rubber bands, which were very hard to hit.
As soon as I cut off the rubber bands with a bullet, our company leader said, “that’s something only Super Junior can do, no one actually did that before!”
In the actual shooting training, I had a pretty good score. There are 200m and 250, aren’t there? I passed the shooting test on the first round. Isn’t it cool?
How much score I got, it’s for you to imagine!
Q6) Then, what was the toughest training?
A) I think 30km march in full gear was the toughest, but the most memorable training. I thought seeing landscape at night was pretty graceful. I’m usually busy working in Seoul, so I had no time to watch night sky. While I was marching with other recruits, we asked questions such as “what did you do before you came here?” and “how is it like to be a singer?” to get to know each other better. I thought of my family and Super Junior members, too, while I was marching.
I never thought that stars look so pretty. By looking at night sky, I had lots of thoughts about my loving friends and relatives. Although we had 4 weeks of tough training, I do sincerely respect those who go through 5 weeks of training and all other forces (army, air force, navy and marine).
Q7) What give you vital energies while you are training, here?

A) Well, of course, fans’ letters are the best. Although I received a lot of fan letters before I came here, receiving fan letters as a recruit feels so much different. Here, I’m hunger for letters, so I ask, “are there any letters for me?” I’m so thankful to all my fans for letters, but I’m so sorry that I’m not in the position to write you back.
Especially, parents’ letters…while I was reading them, I said to myself, ‘wow, time really flew by.’ Also, Sunny and Seo-Hyeon from Girls’ Generation wrote me letters. I’m sure they are busy with working…So, I want to tell them that thanks so much! Tae-Yeon from Girls’ Generation sent me signatured photos of her with comments. Thanks a lot! Although I’m spending 4 weeks of training here, I feel so loved by many people. Sully from F(x) wrote me a letter, too! I should take care of them after I get done with the service. Outside of the army, I was a little chic and naughty entertainer to fans and friends including Girls’ Generation and F(x). I really should be generous to them! Ha Ha.
Q7) Last words for your fans…?

A) Hello! I’m the world super star, Kim Hee-Chul. I’m done with today’s training, and I will be returning to my camp.
Well, thank you so much, my fans, for your endless love. I love you all.
Chung-Seong!
And, my platoon leader allowed me to do this. This is the only, and the special version of good-bye to all my fans.
Here I go. I love you, all.
View the video here ^^

Nota Jjinbbang : Oh! Jjinbbang is really with him !! much love! 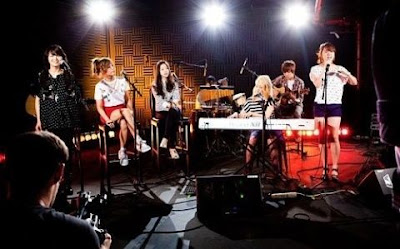 Pernah dengar lagu Nobody Nobody -Wonder Girl ? Ok!  so u must know this group.. wonder girl (WG).. the famous korean kpop group.. WG got hit  Nothing on You- B.O.B/BRUNO MARS COVER  'Best Mashup monday of 2011 in Billiboard ' 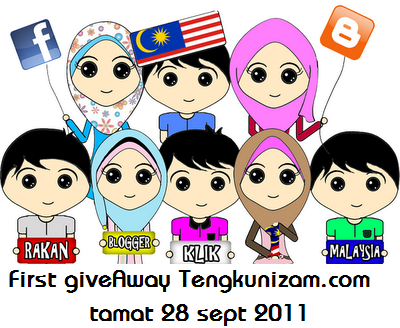 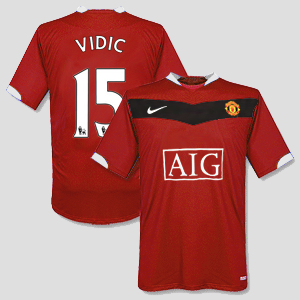 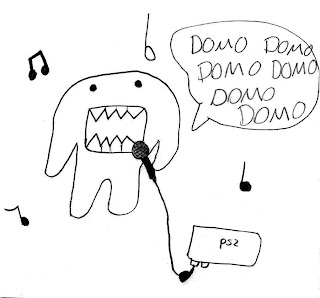 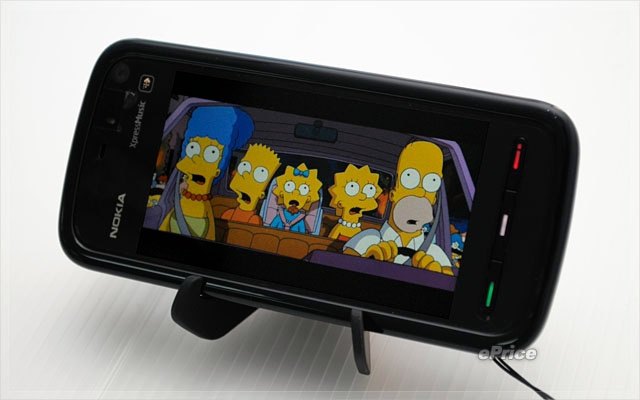 Kim Hee-Chul is aiming his targets before he tries out shooting training.

After Kim Hee-Chul shoots all his bullets, he is checking out how many targets he actually got. Kim Hee-Chul seems pretty confident about shooting training.

thanks to @KATC_ARMY for the heads up ^^

Heechul! come back faster yah!.. super junior and elf need you like crazy !
Posted by K O R I E at Thursday, September 22, 2011